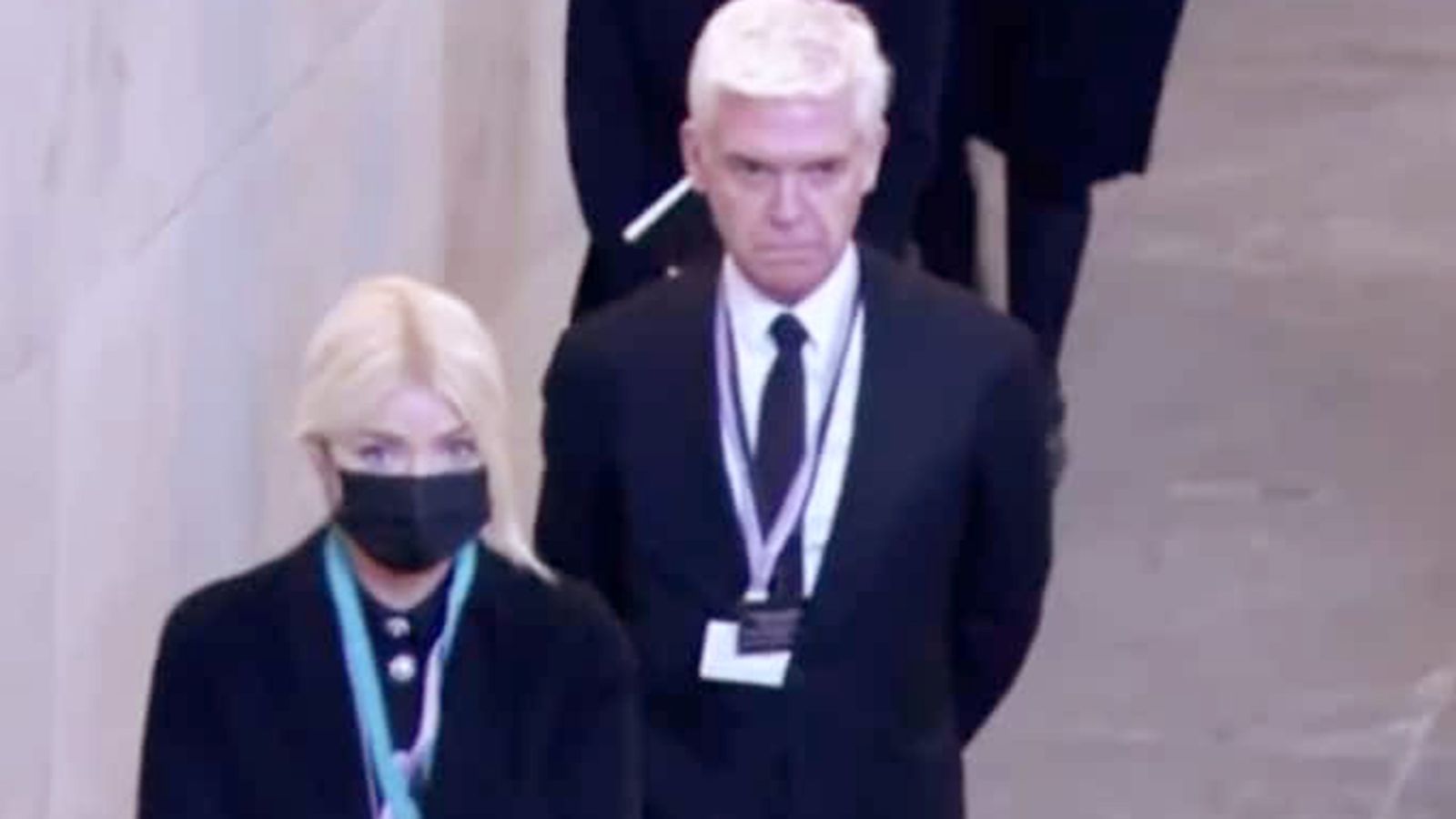 Holly Willoughby and Phillip Schofield have responded to accusations that they jumped the queue to see the Queen lying in state – claiming they were only there in a press capacity.

The pair have been heavily criticized after they were spotted at Westminster Hall last Friday morning without joining the official queue.

Some in public queue to wait more than 20 hours with the former England football manager David Beckham he even lined up for 13 hours to greet his late Monarch.

However, when the famous duo faced backlash from social media users for “skipping the queue”, the duo claimed that they succeeded because of the benefit of those who could not pay their respects in person.

In a famous statement aired on the ITV show, they said: “None of the journalists and journalists took anyone’s place in the queue and no one passed the Queen.”

A petition on Change.org asking the two to be removed This Morning received over 20,000 signatures.

The organiser, Laura Harrison, said: “It’s about the toxic TV show and the presenters are given privileges that deprive others and humiliate their viewers in the process.”

ITV’s Focus program later said in a statement that the host had attended a segment of the show on Tuesday.

As he returned to ITV this morning funeral on Monday, the pair acknowledged the backlash, but “respected” the rules they had outlined for the media.

Read more:
More than 250,000 people saw the queen lying in state
The last person in the state lying in the queue walked through the queue twice
Queen through the years – a lifetime of service in pictures

In a special case, Willoughby said in a broadcast: “Like hundreds of emissaries and journalists, we are going to go to court with official permission.”

“We are keen to report on the cause of the millions of people in the UK who have not been able to visit Westminster in person.

“The instructions were to move quickly around the edges to the platform at the back.”

“On the other hand, those who were observing walked through the veiled area next to the coffin and were given time to wait.

“None of the press shots and journalists took anyone’s place in the queue and no one passed the queen. We of course followed those rules.

“However, we know that he looked something like that, and therefore completely understand the reaction. Please know that we will never jump the queue.”

This morning he addressed the visit in a statement posted on Instagram on Saturday, saying: “We asked Phillip and Holly to be part of the film program this Tuesday.

“They don’t jump the queue, have VIP access or file other than the Queen lying in state – but they were there in a professional capacity as part of the world’s media to report the event.”

A UK parliament spokesman confirmed that they had given up media accreditation to journalists “for the purpose of reporting the event for the millions of people in the UK and globally who could not visit Westminster in person”.