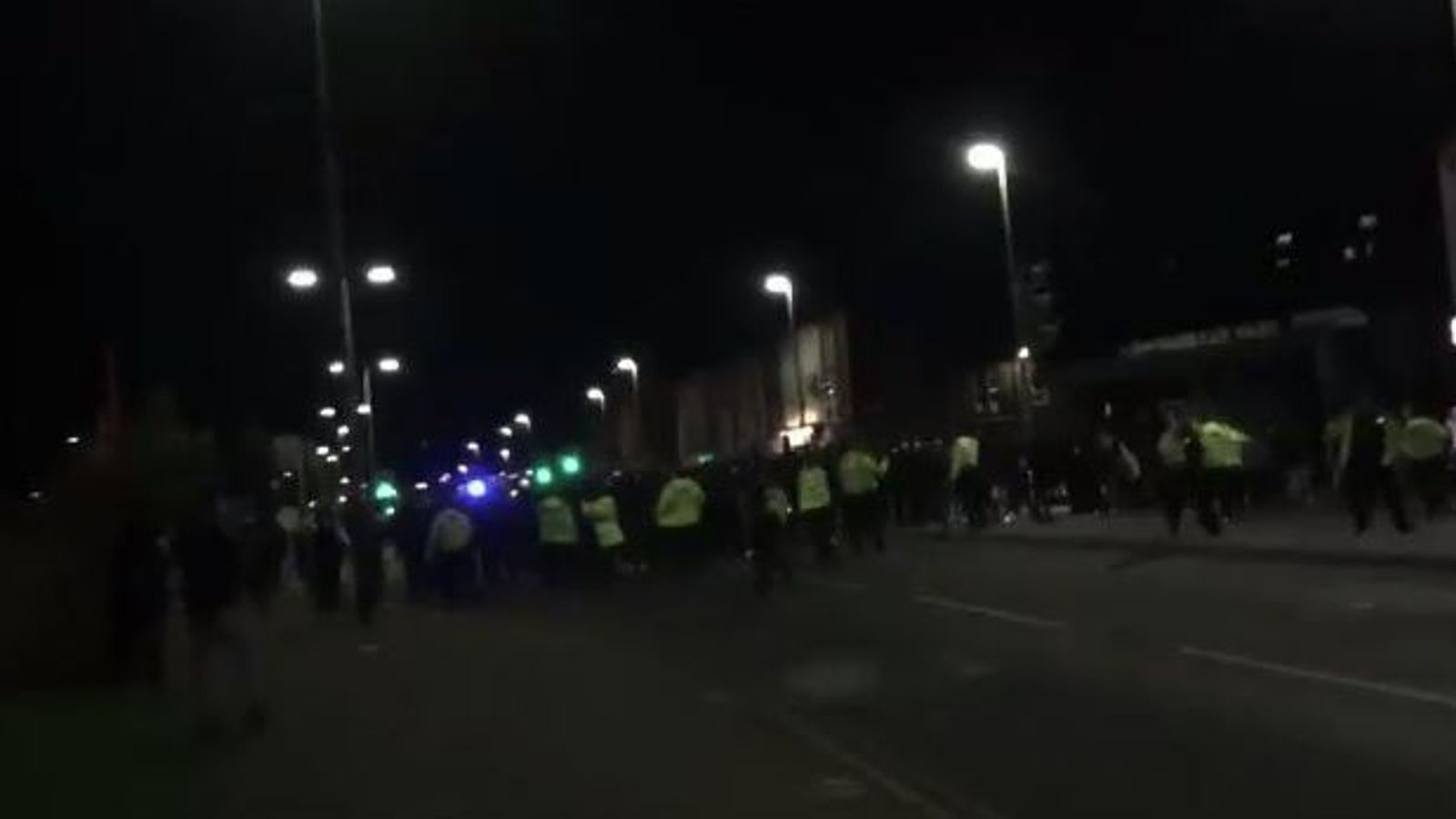 Hindu and Muslim community leaders in Leicester have called for an immediate end to weeks of violent unrest following the cricket match between India and Pakistan.

The widespread disturbance – since the Asian Cup cricket match on August 28 – was tied to one man and 47 arrests in total, with the author’s belief that it was sparked by “controversies” after the drink.

On Tuesday, city leaders urged “hateful incitement” to stop “provocation and violence, both in thought and behavior,” and urged rioters outside the city to stay away.

“Leicester has no place for any secret extremist ideology that causes division,” they said in the article.

“We, the family of Leicester, stand before you not only as Hindus and Muslims, but as brothers and sisters.

“Our two faiths have lived in harmony in this wonderful city for more than 500 years. We came together in this city. We faced the same challenges together, together we defeated racist enemies and made this city a beacon of diversity and community cohesion.

This is why we are saddened and anxious to see the outbreak of strife and violence.

“Body attacks on innocent people and endless damage to family property is not part of a decent society and, indeed, it is not part of our faith. What we have seen, we are not.”

The proposition is added: “We ask everyone to respect the sanctity of religious places, both mosques and mosques alike, whether provocation with loud music, flags and derogatory songs, or physical attacks against the structure of worship is not valid.” of faith.’

Suleman Nagdi, from the city’s Federation of Muslim Organizations, said “faith kicked in” after the cricket match.

Tensions flared over the weekend with only calls on Saturday night and Sunday morning.

Some of the problems are “very distorted by social media”, and people from abroad are “somewhat established” in Leicester, the city’s mayor, Sir Peter Soulsby told BBC Radio 4’s Today program on Monday.

Police had earlier warned people against posting “useless speculation online” about the incident.

Leicester County Police said Amos Noronha, 20, was sentenced to 20 months in prison after pleading guilty to possession of a violent weapon.

He appeared at Leicester Police on Monday, the force said, adding that several of those detained were from outside the city, including some from Birmingham.

Police officers were turned away from the Queen’s funeral to deal with the chaos in the East Midlands city, including from the West Midlands, Derbyshire and Nottingham.

Thames Valley Police have also been deployed to the city, adding to the force.